The Role of Accounting in Your Purge Evaluation 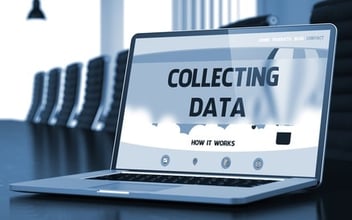 Production efficiency cannot be controlled without exact measurements.  Apart from the consumption of raw and recovered materials and the operating costs of active and down times of the machines, there are other hidden costs that require the expertise of a good accounting department.  We can see even the most intangible benefits offered by suppliers from a different perspective if we apply appropriate measures that translate into time and cost for the company.

The evaluation and comparison of two purge methods also requires calculations made by accounting experts. This can be the difference between including or excluding costs such as: handling in the cost of your material, shipping, taxes, delivery time, storage, financial leverage, etc.  This dynamic avoids using subjective phrases such as “worked better,” or “we liked this way better.” It is also important to also ask ourselves: “At what cost did we achieve the result?”

Fortunately, deciding with 100% certainty which purging method is best for the company is easily accomplished by reviewing the sums of the costs involved in the total purging process.  There are a variety of factors that make up this sum, and each company has different priorities.  The easiest way to verify your true costs is to involve your accountants.

The hourly cost of running a machine is a perfect example.  You could just consider energy and man hours. It’s also necessary to consider opportunity costs, defining how much the company loses by not producing parts, or cost of the depreciation of the machine or mold. It is common to forget the cost of grinding: the man-hours for managing it and the resources it occupies, which reduces the supposed saving of using regrind as if it were “free.”

In the event that this expertise is not available at the time when evaluating a purging method, you can use the following six measures attributable to the purging process:

Total purging time, including time lost due to defective parts once the next batch starts. This tells us that the purge method was not effective.

1. Machine cost per hour, including power, man-hours, opportunity cost, and costs of loss due to failure or depreciation

2. Amount of material consumed for purging, including the amount used during the next batch due to any lack of cleanliness and performance not initially met

3.  Cost of the purge material, including total logistics costs and in-plant handling costs

4.  Quantity of raw material consumed during the displacement of the purging material, including any quantity that is wasted in the next run that is thrown away due to the purge residue

5.  Cost of the raw material, including total logistics costs and in-plant handling costs

If you would like more information on how you can benefit from the use of purge compounds to improve the efficiency of your thermoplastic process contact us.


Ready to reduce your production downtime to protect your profits? Learn more about how purging compounds and process efficiency work in tandem.