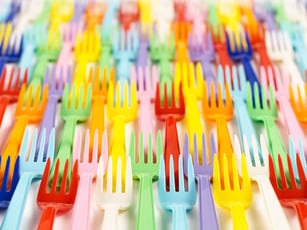 Too often, plastic processing companies only use purging compounds when absolutely necessary. But waiting until the last minute to purge your machines often leads to unexpected production delays and decreased profitability.

Adopting proactive, preventive purging procedures not only saves you from a considerable amount of downtime, but also helps protect your injection molding machines from carbonization and color streaking.

The key is to not let your machines reach the point when a purging compound isn’t sufficient for a thorough cleaning. When that happens, a manual screw pull is necessary, which results in hours of additional, often unplanned, downtime. A preventive purging program helps reduce production downtime going forward.

Taking a proactive (rather than a reactive) approach to cleaning your machines has many benefits, including:


Here are two ways to protect your machines from carbonization:


To ensure the quickest, most efficient changeovers, it’s important to purge your machines on a periodic basis. The frequency at which you do this depends on the materials you’re processing, but a general guideline is to purge every two to three days. For production runs lasting weeks or months, purge once every week or two weeks instead.

It’s also important to rely on data, such as percent defects, to determine when you should purge your machines. Periodic, preventive purging helps protect your machines from carbonization and removes deposits that tend to build up over time.

Since carbon is extremely hard to clean due to its chemical attraction to metal, a stronger scrubber is needed to reduce carbonization.

One of the best preventive measures for dealing with contamination is to seal the screw and barrel with a thermally stable purging compound before extended machine shutdowns occur.

Residual polymer degradation can delay machine startup and create unnecessary material waste. The sealing process displaces the heat-sensitive production material and protects the surfaces of the screw and barrel from oxidation.

To protect your injection molding machine from carbonization, you must take a preventive approach to your purging procedures. Failing to do so will likely lead to machine downtime, increased scrap rates and decreased productivity. Instead of killing your profitability, take proactive measures to maximize efficiency at your facility.

Learn more about how purging compounds impact your production efficiency.