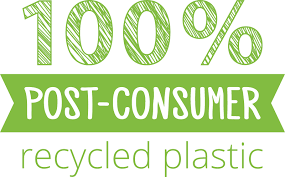 Many plastic processors experience the same thing. I’ve been working with a blown film manufacturer that’s been forced to use post-consumer recycled plastic (PCR) due to state mandates. In the past the requirement was 20% and has been increased to 40% as of April 1, 2020.

Running PCR’s has its inherent problems. The spec range on the products vary widely. Even in best conditions PCR’s will degrade more quickly than a prime resin over time causing die lines, carbon specks, scrap and collapsed bubbles.

Blown film processors running PCR’s will try every trick in the book to minimize the contamination build up and after numerous attempts eventually have to manually tear down and clean the machine which takes several hours and sometimes even days.  We’ve learned that all the countless previous attempts / solutions only wasted time and money. A proactive approach is what’s called for.

When it come to the point where a manual tear down and clean is necessary, take the time and effort to complete it as thoroughly as possible.  That includes cleaning the extruder(s), downstream plumbing, melt pumps, static mixers if any and the die. Take the time and do it right…. It will save you in the long run.

Once the system is clean, resume production. At the very first signs of contamination use a good purge compound to remove the buildup. PCR’s will degrade quickly. The object is to catch it early enough where a commercial purge has a chance to remove the contamination. In cases where your running a 40% blend of PCR’s, you will be purging more frequently but that beats the alternative. Preventative Maintenance purging has proven to be the best solution.