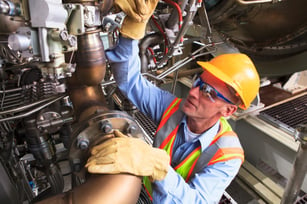 The plastics processing community has largely embraced the concept of using a commercial purging compound (CPC) to clean screws and barrels. However, many companies are still on the fence about using a CPC to clean injection molding hot runner systems, with some processors reluctant to put anything other than production resin through their hot runners.

It’s important to understand that not all CPCs are suitable for purging hot runners. Before attempting to purge a hot runner system, check with your purging compound supplier to ensure the grade you’re using is suitable for this task.

Hot runner systems require extra care in the injection molding environment. Additionally, they often represent a large portion of the overall time and effort required for a changeover or cleaning.

Some high-cavitation hot runner molds are designed with straight channels and 90 degree turns that make cleaning difficult. Any dead spot or low flow area is a potential sticking point for the purging compound itself, and color often hangs up at the nozzle tips. The relatively small clearance of the hot runner gate also presents a challenge for cleaning.

Check the gate clearance and use a purging compound grade that clears the tightest restriction. For instance, a glass-filled CPC is not recommended for purging most hot runner systems due to gate clearance restrictions and the potential to damage nozzle tips, as well as the possibility of fiber agglomeration at the gate.

Also, an effective CPC will remove carbonized resin and colorants, which may break off and block gates if their clearances are too small. Before purging hot runners, purge the screw and barrel to ensure that any contamination in the barrel doesn’t get into the hot runners.

Our best performing hot runner purging compound is PLUS Grade.  PLUS is a purging concentrate that super-charges your own processing resin to clean out your hot runner thoroughly.  It performs well in low-flow areas and leaves no residue behind.

A high-quality CPC should leave low residue to make for quick and efficient purging. Purging compound suppliers recommend different procedures for purging hot runners, and the method chosen depends largely on the resin(s) being processed, mold design and cleaning difficulty. If you have any questions, be sure to consult your supplier.