Cutting Corners Can Be Costly When It Comes to Purging 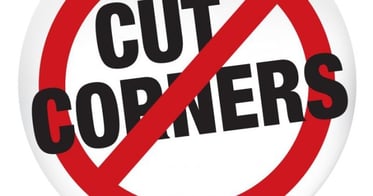 I like to think of myself as being very “money savvy.” I always look for a bargain even when it comes to purchasing the smallest of items I will always look at ways to get the most out of my money, and why shouldn’t I?

If I can save money in one place, it means I have more to spend elsewhere, so to me, maximizing savings should always be a priority, not just at home, but in any given industry.

It is very important however to learn the difference between being “cost effective” and simply “cost conscious.” Sometimes spending less money upfront does not always mean you are getting the best deal. In fact, quite often, saving money upfront may translate into spending more money down the line.

This can often be detrimental financially AND be a huge waste of time (and we often forget that time is money too), so the most important thing to know is that cutting corners does NOT save money.

I recently worked with a customer who was carrying out sheet extrusion on some very large extrusion lines. Getting through a color or resin change was proving to be very time consuming and costly. With processing capabilities of over 10,000lbs/hour, this meant they could be wasting tons of material in waste product AND hours of time on a changeover.

The processor decided it would be worthwhile to invest in a purge compound, after all this was a great way to reduce changeover times and reduce waste. After initial trials the customer was extremely pleased as he was able to reduce changeover times and waste by more than 75%. This was a huge cost savings and meant the money saved equated to more than the cost of the purge. It was therefore a no brainer, money spent is money saved, and the customer was extremely happy.

A few months later the same customer came to me as they were beginning to see some issues, they reported that they were seeing some light blue streaking in their end product. They were still using purge compound for changeovers, but the streaking was especially apparent when going from black to white.

At first I could not figure out what could be the cause, but after going through some more detail with the processors, it came to light that some changes had been made to the purge process, and it was not being used as directed.

It turned out that after seeing such great initial results, the company was looking for ways to further save money. Why not? —the more you save the better. Given the scale of equipment, the customer deiced to reduce cost further by using a 50:50 mixture of purge compound and resin at each changeover. The resin cost was only 15% of purge cost, so theoretically this meant they were spending a lot less $ per purge. Of course financially this made sense, as it meant they would be using 50% less purge- doubling their cost savings.

But in reality this was not the case. Although initially they did not notice any issues, after a few further trials the customer began to see the streaks in their end product. It looked like the purge was not removing the color as effectively, instead it appeared to be diluting the colors, which would then appear as a light streaking.

If you do not use the purge compound in its pure state (i.e. 100% purge) it will inhibit the characteristics of the purge compound that make it an effective cleaner. A purge compound by nature has a low affinity to metal (so it does not stick to the screw and barrel) and a high affinity to resins, enabling it to remove residue effectively. When being used as a mixture it would be possible that some areas in the barrel did not have the optimum scrubbing capabilities, as a result leading to the streaking effect.

From a cost perspective, not using the purge properly gave rise to a much higher scrap rate, and on top of this it would take a lot more time to purge (hence you are actually using more purge compound, in addition to reducing production time and increasing waste). Although the customer thought they were able to initiate a cost savings, they were in fact reducing the effectiveness of the purge and in turn losing the cost savings capabilities associated with its proper use.

The customer immediately returned to using 100% purge compound, and as a result, they were able to eliminate the blue streaking and return to reduced rejection rates and increased productivity. It is never a bad idea to look into ways of reducing costs, but it is extremely important to ensure you are not cutting corners that will in turn become counterproductive. 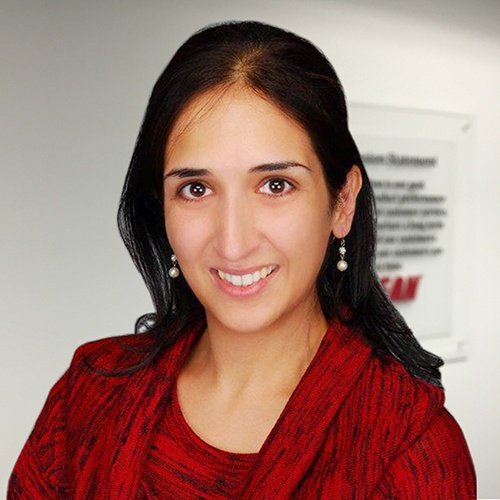