Are You Using More Purge Compound Than You Did Before? 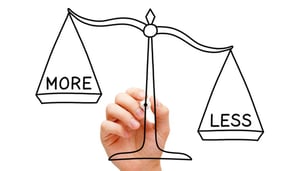 Is your purging compound not performing as well as it did in the past?  Are you using more than you used to use?  If so, the problem isn't the purge.  It's more likely that the issue relates to your purging procedure.

When you first started using your purging compound, the process was new to most (if not all) of the technicians on your shop floor.  You may have had a Purging Expert visit and complete in-house trials to demonstrate the purging compound's effectiveness.  Afterwards, you were provided with written procedures to follow for optimum results.  There may have even been training across all shifts to insure that everyone was on the same page and following the same process. Scrap went down.  Productivity went up.  Efficiencies went up. Life was good.

Many processors find that their usage increases a year or so later. Scrap is creeping back up.  Efficiencies are headed back down. They ask themselves, "What gives?" Why isn’t it working as well as it used to?  What changed?

If this sounds familiar, take a fresh look at the purge procedure.  Is it still being followed?  The proper procedure was determined after extensive experimentation and testing.  There may be many ways to perform a color change, but a lot of time and money was put into determining what worked best.  Do you have new people in some of these technical positions?  Have they been properly trained to the procedure.  Have some of your people found a faster way?  Are they still using medium to high back pressures? Rapid air shots to clean the non-return valve?  Have they gone back to using the auto purge feature on your molding press?

Verify that the proper procedure is being followed.  Train your new technicians.  Retrain your older technicians.  Do not underestimate the importance of following the procedure.  If you need help, we are here. Call anytime for a refresher consultation. A refresher course can go a long way to getting you back to the success you were having when the process was new.