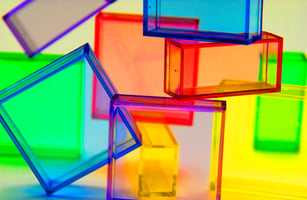 Contamination and purging compound residue are costly to your plastics processing company – both in the amount of product that cannot be sold and in the resulting production downtime that occurs.

It’s critical to find a purging compound that allows you to transition from one color to another quickly and efficiently so your production runs stay on schedule. Contamination, scrap rates and production downtime are controlled or even eliminated when paired with the proper purging procedures.

The following are five simple tricks for minimizing purging compound residue in your facility’s machines:


1. Use A Compatible Grade

Always use a purging compound grade that is compatible with the processing resin being molded. This ensures less residue is left behind in your machines.

The melt index of your resin is a major factor in residue issues, especially if the purge is much stiffer than the next resin. Melt index is the first characteristic to consider when selecting a purging compound that will effectively purge resins and contamination.

If you’re using hot runners, check with your purging compound supplier for the right grade to use. Also, ask your supplier about proper procedures for hot runner cleaning, as the method is different from purging other machine parts.

2. Use A Grade Formulated For Lower Residue

If you’re experiencing issues with residue in your machines, use a grade designed for residue-sensitive or low-temperature resins. These grades are formulated for lower residue and can be used in conjunction with other grades, as a chaser, whenever you’re trying to reduce purging compound residue.

3. Use High Screw Speed And Back Pressure

If you’re experiencing issues with residue when changing production resins, low-to-medium back pressure and screw speeds are often to blame. Certain resins – such as Bayer’s Texin, Desmopan (TPU) and Makrolon (PC) – require some level of assertiveness in the form of high screw speed and backpressure. Please note this may not apply to shear or heat sensitive resins.

The check ring and nozzle are areas where purge or resin often hang up, leading to residue issues. After completing general purging procedures for cleaning the screw and barrel, it’s recommended to charge the machine with a small quantity of purging compound and perform short, high-velocity injection air shots (not into the mold).

5. Move From Light To Dark Colors

When setting up your production schedule, move from clear to light to dark colors whenever possible. Darker color resins leave more visible residue than lighter colors, so moving from light to dark helps hide the effects of purge residue and residual color, and decreases the total time spent purging.

Excessive downtime negatively impacts your business’s bottom line and your ability to meet or exceed business projections. By following the tips above – and implementing the right purging procedures – you can effectively minimize purging compound residue and contamination so your production runs stay on track.

Learn more about improving your profitability with proper purging procedures.