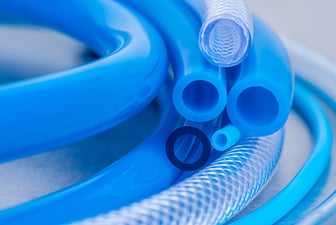 It is incredibly important to keep your extruder clean and well-maintained in today’s environment. If your extruder becomes sluggish or less efficient during production runs, you're only hurting yourself.  Dark pinstripes in a lighter color run can jeopardize your quality and profits.

Neglect is impractical. Generally speaking, tubing extruders are amazing instruments and can operate very clean for a length of time and produce a tremendous number of parts when highly effective and economic commercial purging compounds (CPCs) are included within the overall process. Achieving faster color changeovers while enhancing greater machine uptime/capacity and minimizing scrap generated is happening…right now. And yes, your tubing extrusion plant can experience this, too.

I’ve been actively working with an Extrusion Process Manager (EPM) at a large tubing extrusion plant on the East Coast that runs around the clock 24/7. The EPM’s tubing extrusion plant runs various types of Polyethylene (PE), making multi-layer tubes in many strict color shades on several tubing lines for mostly cosmetics and pharmaceutical markets. While transitioning from dark colors (such as black or blue) and moving into a lighter color, they were wrestling with dark color pin lines in their next production run of a lighter color.

His predicament was effectively and thoroughly removing the dark-colored pin lines at a faster, more reasonable pace in order to meet his customer’s demands. Having multiple color conversions on multiple lines per week, costly downtime adds up quickly. The goals were to keep the purging process simple and basic for everyone operating the lines while cutting downtime in order to achieve and maximize the most production hours possible during a given week.
Using their customary natural PE as a “purge compound” and running hundreds of pounds PE through the lines for 4 hours on average wasn’t cutting it; no pun intended.
Here are a few pieces of simplistic advice I had him implement to facilitate swifter color changeovers:

The goals were achieved by using the above advice. The purging process was kept simple and basic while cutting downtime and their Cost Per Purge by ~ 85%, using ~ $100 bucks worth of purge. With their new purging process in play, they are in a much better position to generate the best chance of success at maximizing the most production hours possible during a given week.

Are you curious about learning the best purge procedures and leveling up your purging program? If you are interested in learning more, schedule a free 10 minutes consultation today. 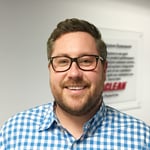 Ben Moore is a veteran consultant of purge compounds for Asaclean at Sun Plastech Inc., based in Parsippany, NJ. Sun Plastech Inc. is a subsidiary of Asahi Kasei Chemicals. Asahi Kasei is a global fortune 1000 company. Ben has nearly fifteen strong years of experience in the plastics industry; focused on helping thermoplastic injection molders, extruders, compounders and blow molders maximize their production efficiency by minimizing downtime and reducing scrap. Please contact Ben at 800-787-4348 ext. 227 and/or bmoore@asaclean.com